Since its adoption in 1972, the UNESCO Convention Concerning the Protection of the World Cultural and Natural Heritage (“World Heritage Convention”) has been an enormous success: It has been ratified by 190 countries, thereby achieving almost universal validity.

Many of the sites now under protection would not have been preserved had they not been inscribed, monitored and supported by UNESCO and its Advisory Bodies. Often the international attention and enormous prestige associated with the World Heritage status have been critical in saving properties from the forces of destruction and ignorance.

This enormous success is in good part due to the founding idea of the Convention that some of each State Party’s heritage is of such outstanding value as to transcend national boundaries and to become a heritage of humankind as a whole. The Convention states a global responsibility for World Heritage by considering that “…it is incumbent on the international community as a whole to participate in the protection of the cultural and natural heritage of outstanding universal value…”

And yet, in spite of all efforts and successes, the preservation of the World Cultural and Natural Heritage remains a continuing challenge. Today, many sites are indeed threatened, and with decreasing financial resources in many countries, and mounting challenges affecting a growing number of World Heritage properties, the needs for monitoring, preserving, safeguarding, supporting and protecting the sites at times exceed the capacities of UNESCO and the States Parties.

Time has long come for civil society to join hands with UNESCOs World Heritage Mission, by actively identifying threats and advocating causes. The World Heritage must no longer be relegated to government offices alone. Local populations and indigenous peoples should be supported by concerned citizens to protect their world heritage.

The Convention requests in Article 5 that “each State Party [to this Convention] shall endeavour (a) to adopt a general policy which aims to give the cultural and natural heritage a function in the life of the community…” The Budapest Declaration on World Heritage (2002), the “New Directives Concerning UNESCO’s Partnership with Non-Governmental Organizations” (Res. 36C/108), numerous other UNESCO and World Heritage policy documents as well as Strategic Objective 5 of the World Heritage Committee all express the need that “relevant communities be actively involved in the identification, management and conservation of all World Heritage sites” (WHC-07/31.COM/13B).

Responsibility for cultural and natural heritage belongs, in the first place, to the people who live on or in the vicinity of a site. Recognition has grown that safeguarding World Heritage Properties will be possible in the long term only by mobilizing local communities, providing them with economic, educational and cultural benefits and thus creating a sense of ownership. Thus, there is ample cause for giving a structured role to civic initiatives, indigenous and non-governmental organizations within the regime of the World Heritage Convention.

With these needs and existing mandates in mind, non-governmental organizations, civic and academic initiatives, and concerned individuals from across the world have come together to establish an international non-profit network called World Heritage Watch (WHW) in order to work with UNESCO and its Advisory Bodies, and to complement efforts for the effective implementation of the World Heritage Convention and the safeguarding of World Heritage Properties.

World Heritage Watch is the first international NGO network focusing exclusively on the world heritage properties, both cultural and natural, and both inscribed and listed tentatively, in close cooperation with local communities. An international NGO calling for worldwide attention to the views of local and indigenous groups improves chances that their concerns will be addressed, and it will encourage them to get involved. At the same time, an international NGO platform can contribute to capacity-building at the local level, and build a basis for more sustainable local support for World Heritage properties.

The general goals of World Heritage Watch will be

World Heritage Watch will pursue these goals by

–       creating a network and a forum for exchanging information and sharing experience among its members in order to contribute to improved participation in the management and enhanced protection of World Heritage Properties;

–       bringing update and detailed information relevant to the safeguarding of World Heritage Sites to the attention of the World Heritage Committee, its Advisory Bodies, and the various bodies of the Convention;

–       raising general public awareness about the values of World Heritage Properties; and

Please support our work for the world heritage through a donation! 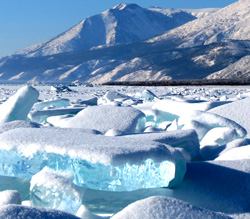 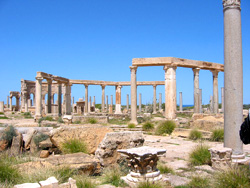 Our Civil Society Network  supports UNESCO in obtaining complete and accurate information about the situation of World Heritage sites.